On Amazon, buyers can rate products in two different ways. Either you give a rating between 1 and 5 stars without text, or you rate the product and write a text to it. In the following, we refer to the first case as star ratings and in the second case we speak of a reviews (opens new window). If we refer to both together, then we speak of ratings. 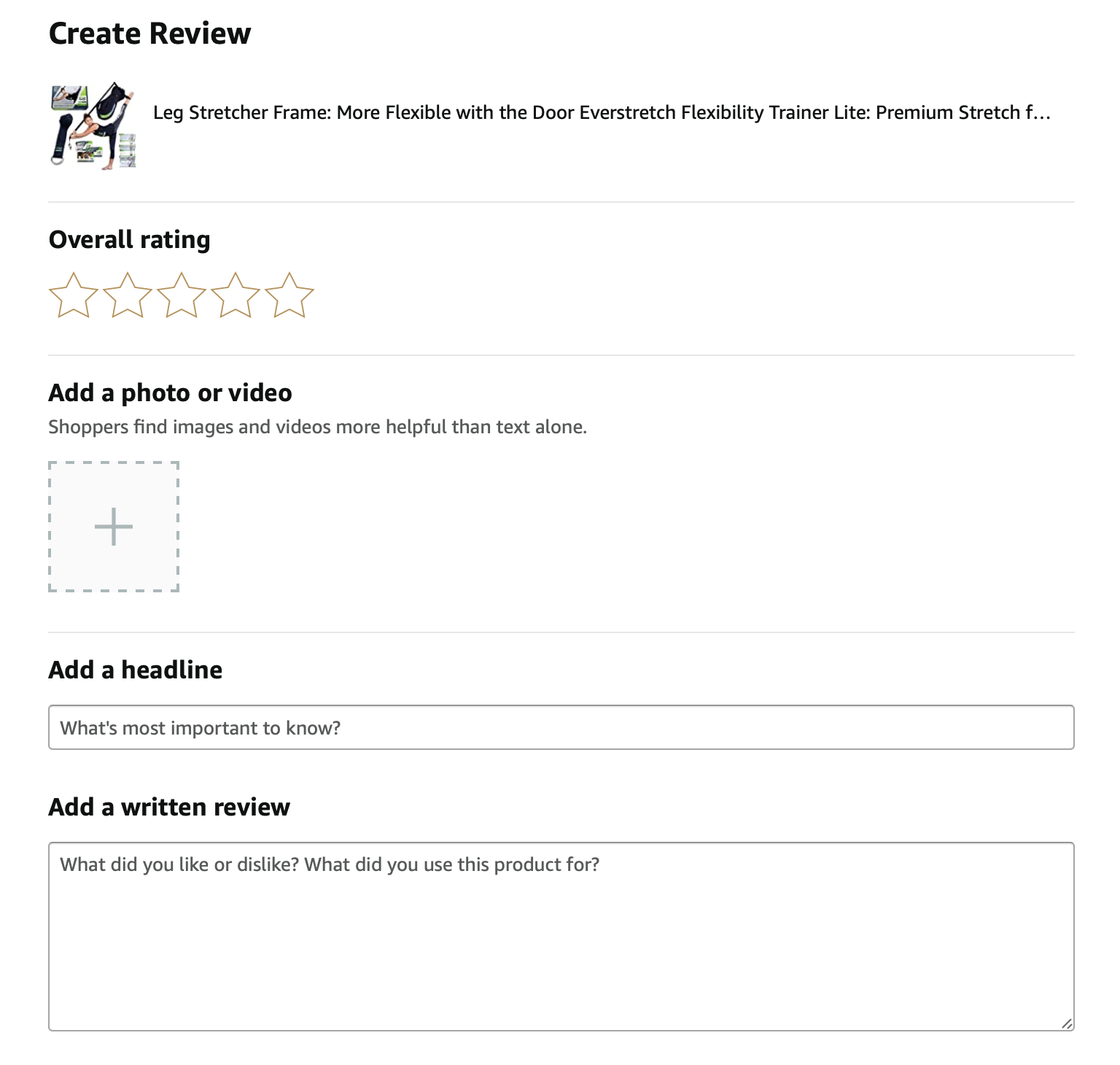 Amazon calculates the overall rating of a product from all ratings (star ratings + reviews). Here is an example.

Figure 2: Example of a product with ratings

Amazon does not directly reveal how the ratings are composed, i.e. how many of them come from reviews or pure star ratings. But on the detail page of the ratings, this information is somewhat hidden.

You can narrow this down even further by selecting a specific variant and the number of stars.

In this way, you can see very precisely how star ratings and reviews are distributed for a particular child.

At AMALYTIX, we collect this data (in addition to the rating for Amazon top reviews (opens new window) for each child and for each rating (1-5) and display that for each child product as follows: 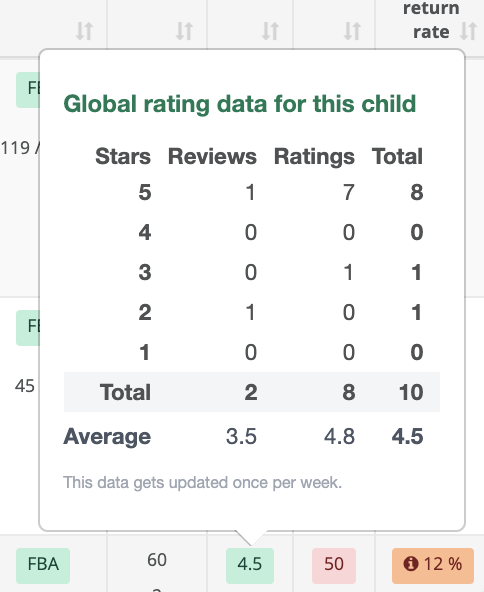 Figure 5: Display of reviews and star ratings in AMALYTIX

We took a closer look and looked at about 35,000 products on the German marketplace that have at least 100 reviews.

And the assumption is confirmed here as well. The average of the pure star ratings turns out better than that of the reviews, which is also illustrated by the following figure. 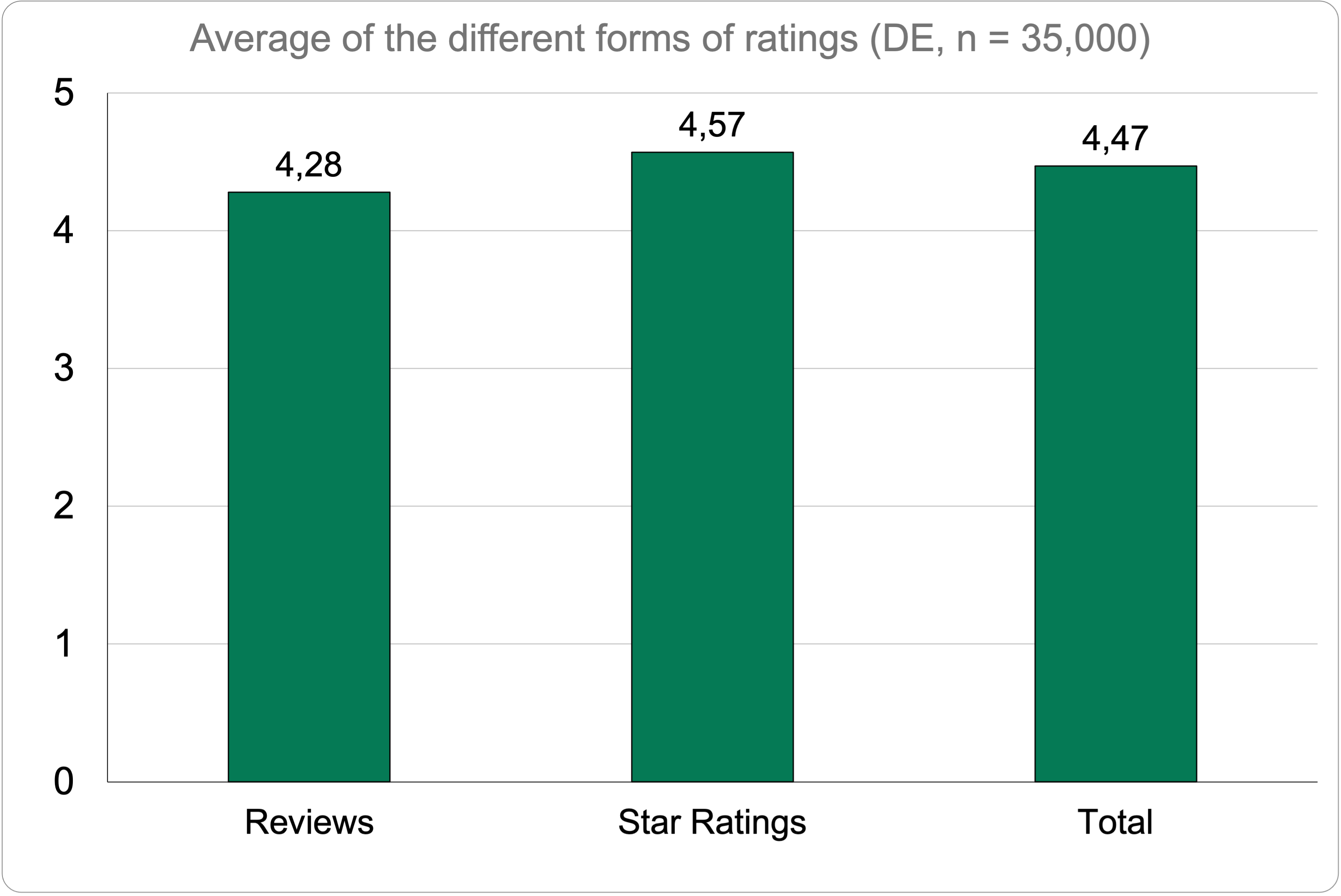 Customers are significantly more likely to give a star rating than a review, as shown by the distribution of pure star ratings compared to reviews (see Figure 7). We have analyzed just under 30 million ratings here. 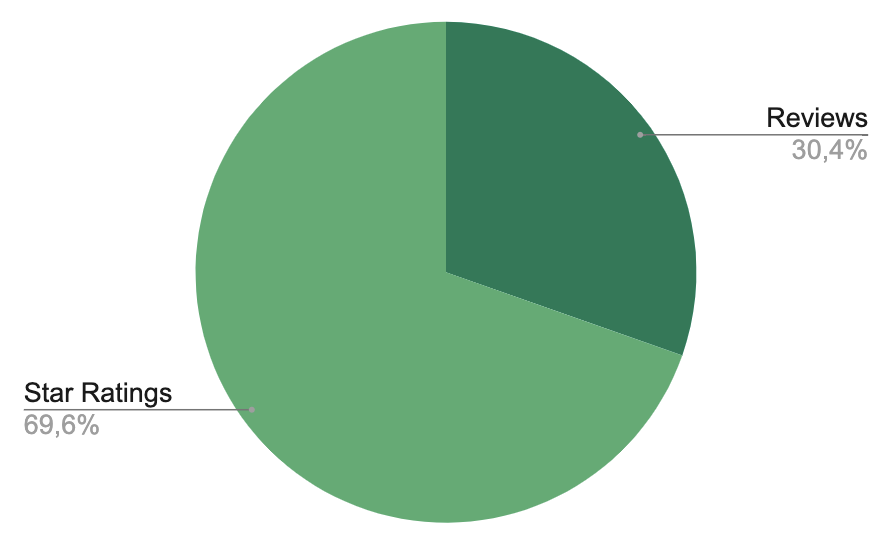 If we look at the ratio of reviews and pure star ratings per rating (1-5), the following picture emerges:

Table 1: Distribution of star ratings and reviews per rating (rounded)

If the pure star ratings clearly outweigh the ratings between 3 and 5 stars, the ratio is reversed for critical ratings with 1 or 2 stars. Here, there are usually more reviews than pure star ratings.

In other words: Whoever is dissatisfied also writes something about it.

This is often obvious, because dissatisfied customers are more likely to leave a text (a complaint) than satisfied customers. This was certainly one of Amazon's reasons for asking for pure star ratings, which Amazon now also asks for via the Amazon Echo, for example.

Back top top
Would you like to get new articles in your inbox?
Related Articles

What are top reviews and why should you monitor them? We explain everything you need to know about top reviews.