What are Amazon lightning deals, and how do you create them?

Introduction to the Amazon lightning deals

A lightning deal is a paid promotion in which vendors and sellers offer a promotional discount on a certain number of items for a limited period of 4 to 12 hours. Amazon lightning deals are also called amazon deals or offers of the day.

Figure 1: Click on "Todays's Deals" to find all lightning deals.

You can find all lightning deals in the "Todays's Deals" section on the Amazon website. 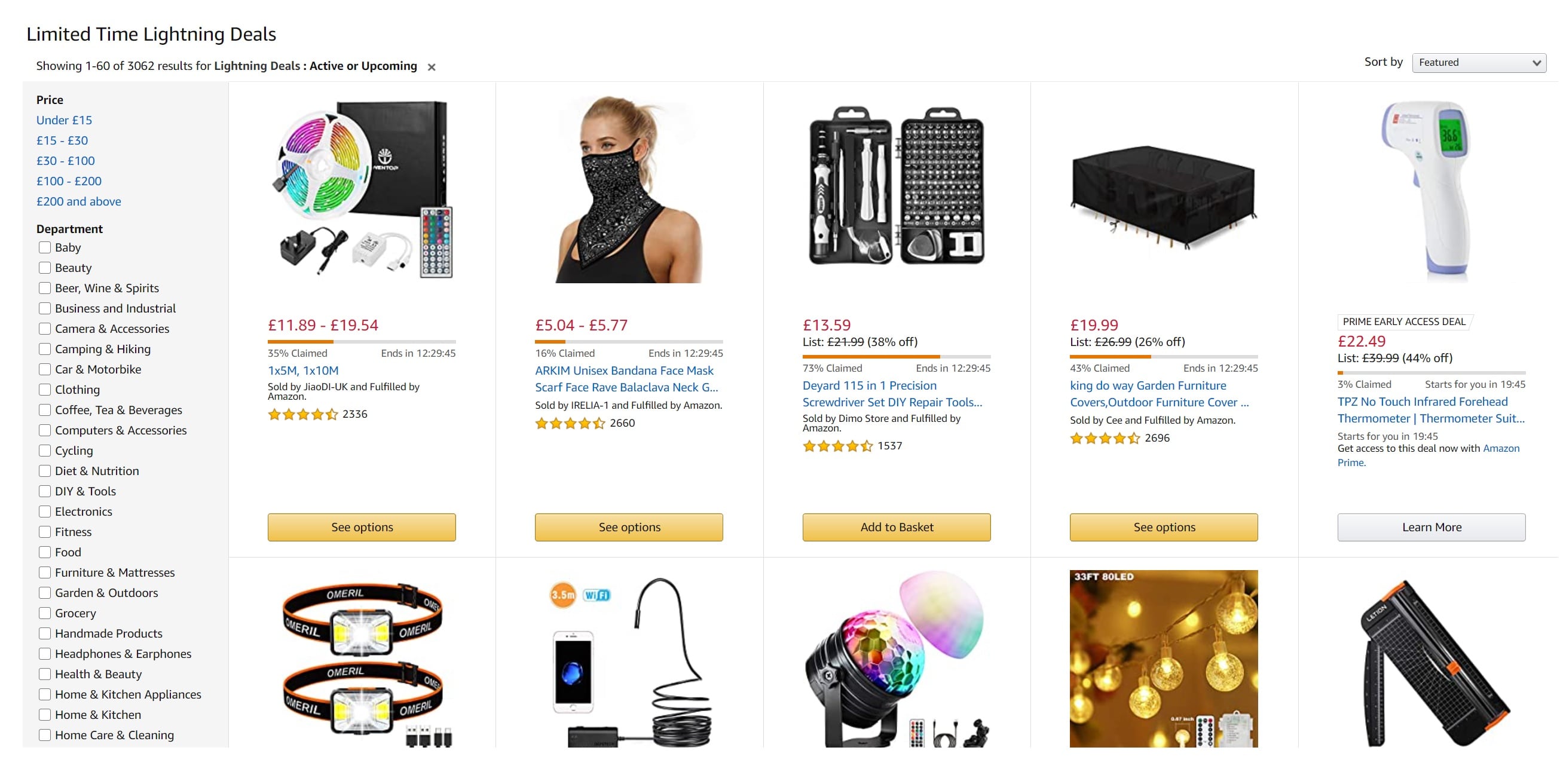 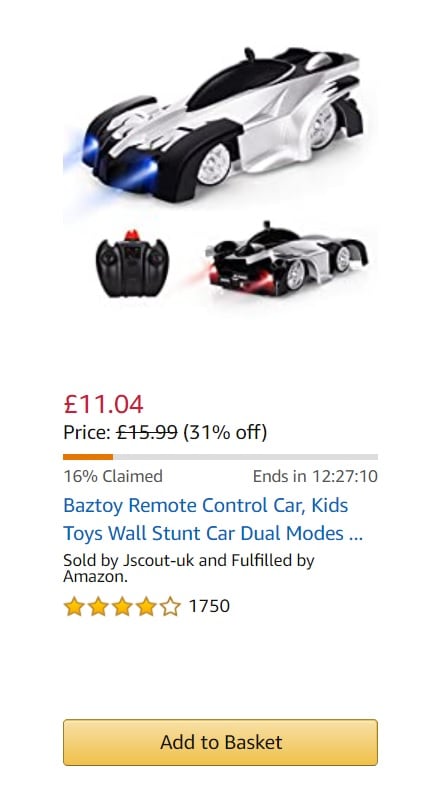 Figure 3: Example for a lightning deal

Placing a lightning deal increases the visibility of the advertised product due to the following points:

When creating a lightning deal, you can only select the period in which the lightning deal should be visible, not the day of the week or time of day; Amazon determines these. Amazon offers you a choice of weekly periods, always starting on Monday. Depending on the day and day of the week, your offer may receive less attention than expected.

You can only order an amazon deal once per customer and product.

Requirements for an Amazon lightning deal

To create a lightning deal, the following conditions must be met:

On Prime Day, additional or extended conditions for a lightning deal apply:

However, the following applies to all lightning deals: If there are several product variants, a minimum number of the available variants is included in the offer to give the buyer the most excellent possible choice. Besides, a variant variety of the product can prove advantageous for its permission.

Amazon wants to ensure that it can generate an inevitable minimum turnover. Ultimately, Amazon also wants to earn money from your offer. But even if you meet all the requirements, Amazon may not allow the deal. A common reason for rejection is that the quantity specified in the agreement is no longer available. We, therefore, recommend that you check 36 hours before activating the lightning deal to see if the stock is sufficient. Likewise, substantial price reductions can be why the deal is no longer sufficiently qualified. Please check again that nothing has changed in your lightning deal.

To create a lightning deal, click on deals in your Seller/Vendor Central under Advertising and then on Create a new deal in the top right corner. Then select a product for the lightning deal from your inventory.

Then determine a week period suggested by Amazons in which your lightning deal should appear. However, you cannot choose an exact day of the week or time. Also, take into account a certain amount of lead time. A lightning deal cannot go online immediately. Plan your regular lightning deals with a lead time of one month. Lightning deals on Prime Day usually have a longer lead time. 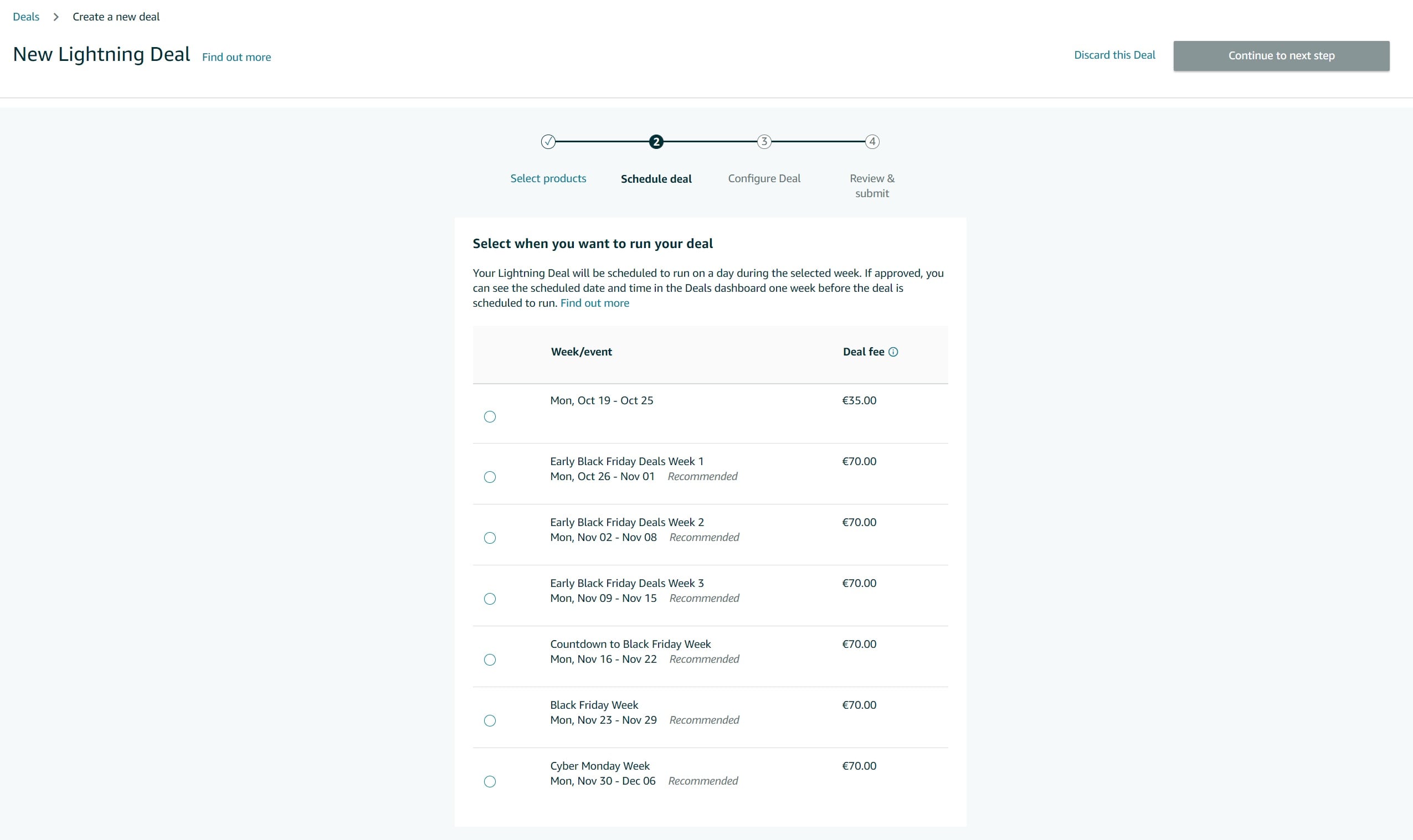 Figure 5: Selecting the period for an Amazon deal

In the next step, you define your deal price or discount per unit and the minimum quantity for the lightning deal.

Finally, Amazon will take you to the overview page, where you can check all the details once again. Submit your lightning deal afterward. Amazon will now review this.

Figure 7: Preview of the lightning deal

The test status of your lightning deal shows you its current state:

Cost of an Amazon lightning deal

There are two fees for the execution of a lightning deal:

7-day Deals as an alternative to the Amazon lightning deal

Besides the lightning deal, it is also possible to set up a 7-day Deal. To do so, select the "7-day Deals" button above before selecting the desired product. Amazon will then display all products used for a 7-day Deal.

Lightning deals can certainly promote sales at the expense of the margin. Day and time are often decisive for success, but you have only limited influence. Not every product is suitable for a lightning deal. Check your products which you can use for such a discount campaign. Also, make sure that you leave longer intervals between lightning deals of the same product (min. four weeks). Amazon often does email marketing in addition to lightning deals. This means that the customers who already visited the product or have it on their wish list have been intercepted. It then takes some time to gather new interested customers for the product.

Free trial
Just register for a 14-day free trial to use AMALYTIX and we'll show you how our Amazon Seller Tool and Amazon Vendor Tool can help you with your search engine optimization on Amazon. Start your free trial now
Table of content
Back to top
Would you like to get new articles in your inbox?
Related Articles 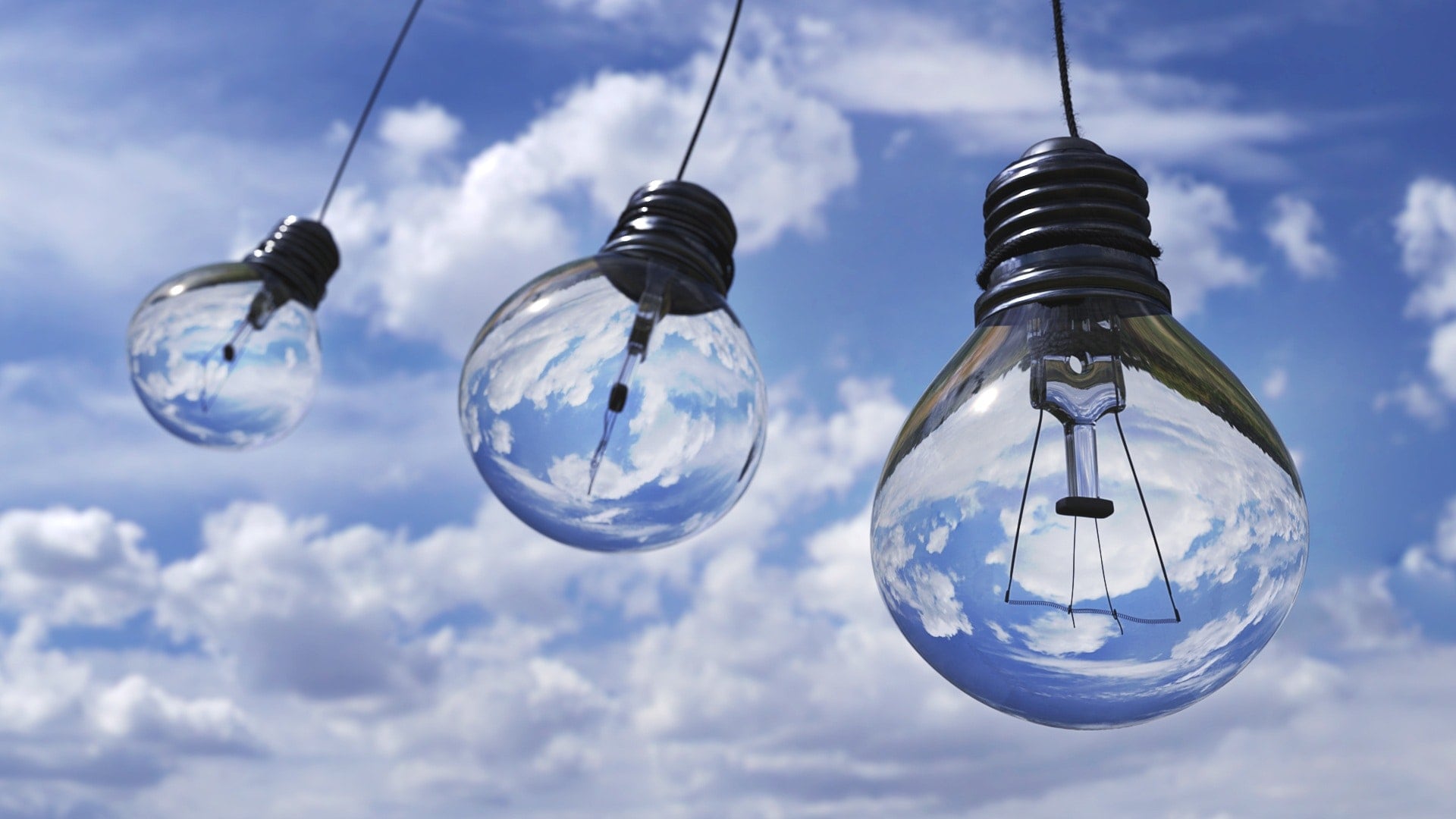 Amazon Marketing Cloud (AMC): Everything you need to know

Amazon Marketing Cloud allows you to analyze the effectiveness of your advertising efforts across campaigns and channels. 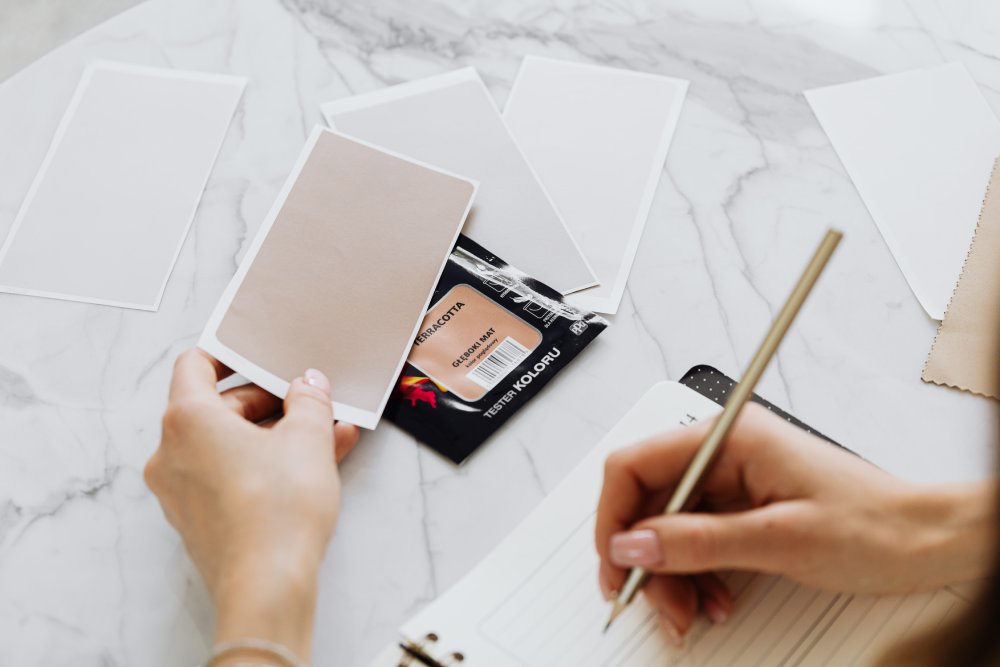 How do you know which image, title, and A+ content converts best? In this article, we explain how to run A/B tests on Amazon. 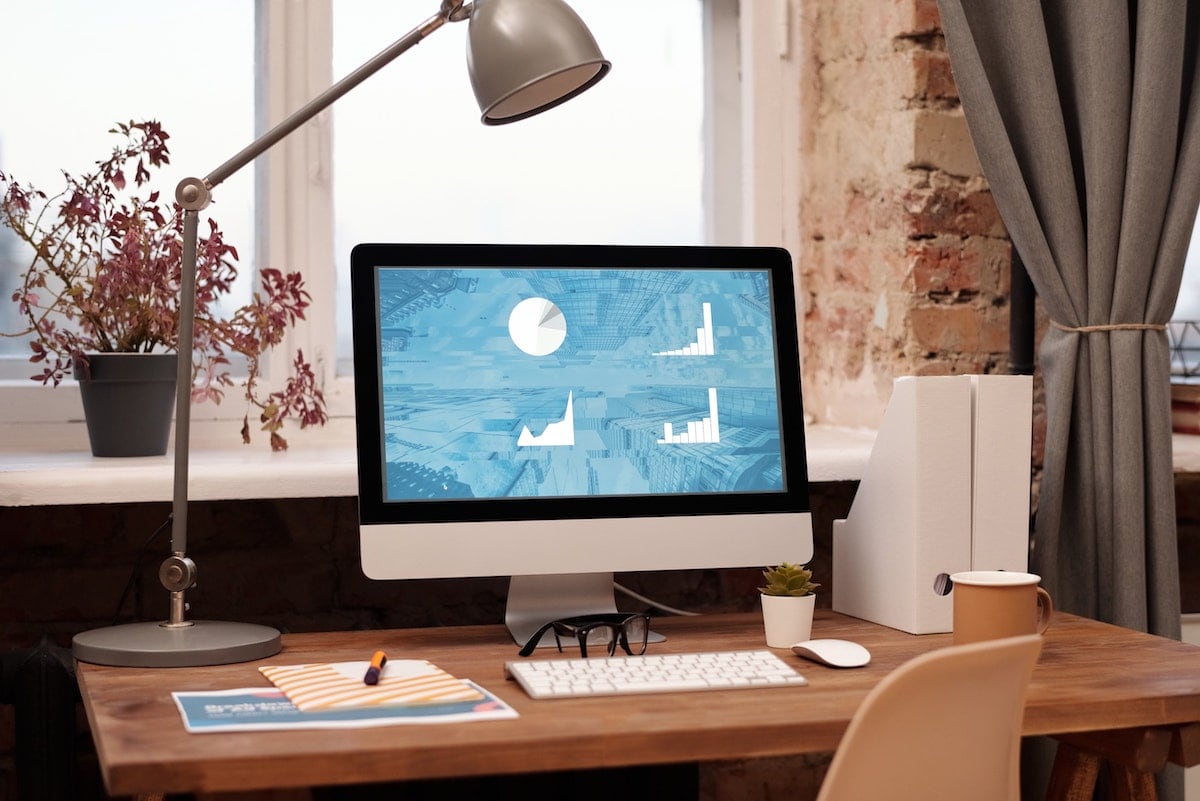 Amazon ACoS: What it is and how you can improve it

The Amazon ACoS describes the relationship between advertising spend and advertising revenue and thus represents the cost-revenue ratio of your advertising campaigns.